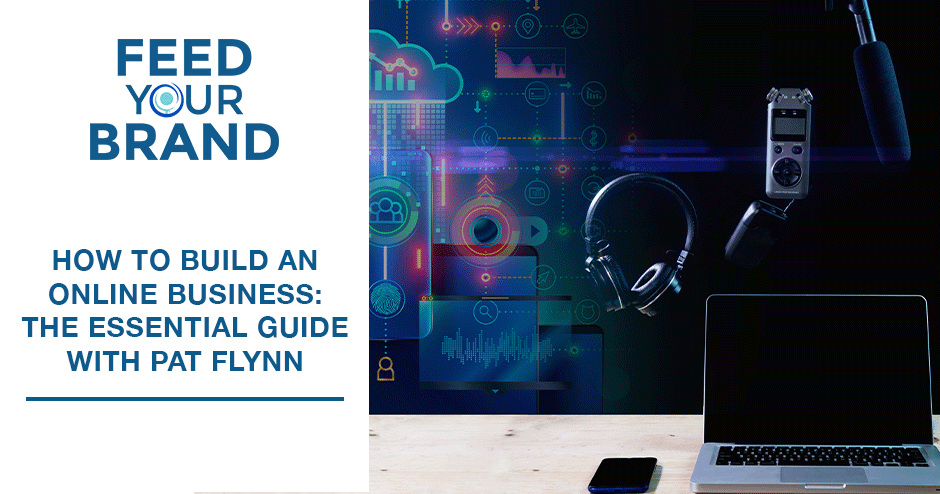 Some businesses venture into podcasting to further reach their goals, while some go the other way around and build their businesses from their podcasts. Pat Flynn is a great example of that and someone who has succeeded in this aspect. He is one of the most influential people in the podcasting industry, known as the man behind the Smart Passive Income Podcast and AskPat. In this episode, Tracy Hazzard crashes the podcast and interviews Pat about his story of building an online business from his podcasting venture. He offers some great insights that could inspire us to do the same ourselves, sharing further about alternative monetization, affiliate marketing, and more. Pat also dives deep into staying motivated amidst the continuous marathon of business and podcasting, learning how to invite guests, increase your audience, and produce professionally. Truly, the power of podcasting is undeniable in the opportunities it presents. Tune into this great discussion to find out about maximizing this platform to create an entire digital online business from it.

Listen to the podcast here

I’ve got something special to share with you and I’m excited about it. As any of you long time audience know, this show is hosted by myself and also Tracy Hazzard. It has been for a long time. We still do episodes together here on a fairly regular basis. Sometimes I’ll host episodes on my own, sometimes Tracy will. It is going to be a very special episode where I’m bringing you a podcast crasher. What that means is somebody who’s the host of another show. I’m going to share with you an episode of that show here because it’s very relevant. The podcast crasher is Tracy Hazzard.

This isn’t going to seem all that unusual. In the future, a podcast crasher might not be one of us. It might be another host from another show. Tracy has a different show called The Binge Factor where she interviews top podcasters about what makes their show binge-able. Podcasters have to have achieved a certain level of success in order for her to interview them and feature them on The Binge Factor. She doesn’t just take any show. She doesn’t take new shows. She has another format for helping highlight new shows called Giving Tuesday. You can check that out.

Tracy had the opportunity on The Binge Factor, which is a show that she spun out early in 2020. Some of the episodes used to be published within this show because they were great episodes. She saw this trend and realized an opportunity and it deserved to be its own show. It is its own show, The Binge Factor. Tracy had the fantastic opportunity to interview Pat Flynn. If that name sounds familiar to you, I’m sure you’re going to be excited for this episode. If that name is new to you, I’d be a little surprised. It happens especially if you’re a new podcaster, you may not have heard of Pat Flynn.

Pat Flynn is one of the biggest and most well-known podcasters in the United States. He’s been doing it longer than most and more successfully than most. He has a podcast called Smart Passive Income. He has a few other shows as well. He is viewed as not only one of the top podcasters, but one of the top speakers in the podcasting industry and most successful business people in podcasting. He has what is referred to as a passive income podcast. A lot of people subscribe to his podcast, Smart Passive Income. They take courses and learn how to do it themselves. He’s one of the biggies.

Tracy had the opportunity to interview him and that is a fantastic interview. It goes way beyond smart passive income. It goes into all sorts of details of how to build an online business that works. I’ve been a fan of Pat’s as well. I’ve seen him speak a few times on the stage at events like Podcast Movement or Podfest Expo. I’m also a huge fan of one of his other businesses. He is one of the founders and owners of Fusebox, which is the best plugin for WordPress websites. That is a podcast player, a track player, and a sticky player. We use it with all of our podcasters at Podetize that we produce their episodes for. We use the Fusebox player. We recommend it. We pay for it on behalf of our clients. We’re huge fans of it. That is one of the things that Pat created that I thought was a brilliant entrepreneurial and business move.

I should also mention that it used to be called the Smart Podcast Player. They rebranded it to the Fusebox player but it is the same product. Back in the early days of Pat’s podcast, Smart Passive Income, he had this player in his blog posts on his website. I thought this was the coolest thing ever. Tracy did too. We were trying to find where could we get that player and it didn’t exist. He was having his own people custom code it into his website and that did a beautiful job. It turned it into a plugin that anybody can buy. We were one of the first customers to go and buy it.

In any case, I’m a huge fan of Pat Flynn. If you’re tuned in to this show, you’re interested in podcasting. I would recommend and invite you to do two specific things. One, subscribe to The Binge Factor, Tracy’s new show if you haven’t already. If you’ve already done that, this may be a repeat for you. If you’re not already subscribed to The Binge Factor, stay tuned because this is going to be a fantastic interview. You’re thoroughly going to enjoy it and learn a lot from it. I’m very excited to bring that to you. I’m going to stop talking, get out of the way, and let’s bring on Tracy interviewing Pat Flynn on The Binge Factor.

Why Do We Use The Rule Of Three As A Measure Of Podcast Marketing ROI?

The Tech Of Recording: How To Recover Your Lost Podcast Video In Zoom

Why Should You Begin Your Podcast Social Media Promotion On Only One Platform?