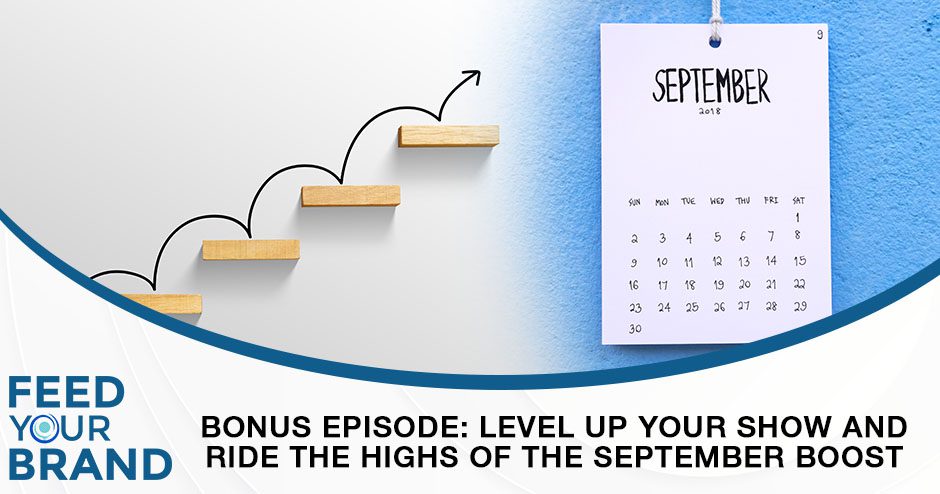 September marks the start of the fall season, but it also signals the best time for podcasters. The September Boost is a phenomenon in the podcast space where, year after year, we see a spike of listeners. In today’s bonus episode, Tracy Hazzard gives you quick tips and tools on how to make the most of that surge. Tune and get strategizing on how to take your show to the next level this September!

Listen to the podcast here

I’m going solo with a quick episode for you. I wanted to do a little touch base on the September boost. That’s what I call it. You can call it the fall boost, the autumn boost, whatever. The September boost tends to happen every year. We see this again and again. It follows the summer dip. That happens as well. Typically, in summers on podcasting, we see a dip anywhere. We didn’t see a dip in 2020 because of the pandemic and everybody being quarantined. Being at home more in most states or most countries, you were at home more. There was more listening still going on. There was not as much moving about the country. Things are moving about again. As things move about, we start seeing that dip.

Additionally, in summer 2021, we saw a dip because Apple redesigned, recoded. I don’t even know what to call it, but they changed their whole backend system for how they serve podcasts. In that process, a lot of podcasting broke. They broke your stats, the ability for podcasts to be listened to for days on end. Everybody’s stats were off because of Apple. That happened across the board. That’s not specific to you, so that happens.

You’re getting a double-dip happened in the summer. As the kids start going back to school, we start buckling down into our last few months of the year, where we want to crank it up on our businesses and make sure we’re hitting the ground running and getting things done. We tend to see much more action in the podcasting listening sphere, if you want to call it that.

When you get more listeners into the space and you’re launching your show, it can be a boost strategy. Click To Tweet

The podcast listeners show up again in September. It just happens. Every year, we’ve seen that pattern go on and we’re seeing it again now. We’re already seeing it starting to happen at the taper end of August and into September. It already occurs. It’s like in that transition point. For some people, it’s a lot. You got kids going back to school. Maybe you’re commuting more. There are less vacations happening during that time period as we move into that because you may have just taken vacations in the summer.

All of those things make a difference. This doesn’t apply if it’s not your summer around the world, but it might be your winter holiday. Depending on where you are in the world, you may not see this, but here for podcasts in the US, we tend to see this again and again. Now is the best time to launch a show if you haven’t already launched one because there’s a boost of more listeners at this time period.

Plus, we tend not to see as many people launch their show quite as often in the September realm. I don’t know why that is because it’s a perfect time. You could have been working on it all summer and then launch into September, but people tend to wait for October, November, and December to launch the show. Usually, October is one of the biggest months of launches. 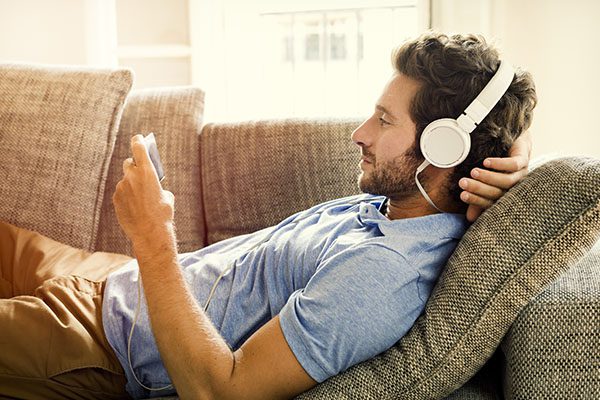 September Boost: This is a perfect time to get a lot of listeners hooked on your show and make sure that they binge listen to all that they missed.

June is another big month and January is huge. Those are other areas. Sometimes we see them in March. We see another lift in March as well. These are some times that we see lifts going on. When you got more listeners into the space and you’re launching a show, it can be a boost strategy. It’s easier to capture attention when someone’s coming on new, haven’t been listening for a while. Maybe they took some time off over the summer, and now they’re searching in the app and looking for new shows.

That’s why you can tap into and I’m going to call it like flow off of the boost of listeners that are happening in September already. It’s a great time to do it. If you’ve got seasons, make sure your season’s restarting in September. If you took some time off and were inconsistent about how many you posted over the summer, get consistent again. This is a perfect time to get a lot of listeners hooked on your show and make sure that they binge listen to all that they missed over that summer, too. That’s another reason why you’ll see that extra boost. There’s more bingeing happening from what they may have missed when they find your show again.

Don’t forget to check out the September boost on your show and see if the lift is happening. If it’s not happening, I invite you to go to Podetize.com and schedule an inquiry call. Go right down to the bottom of the page or right in the middle of the page, there’s a calendar in there. Book an inquiry call, have my team evaluate your show and find out why you’re not getting your September to boost like you should. What’s going on there? What’s keeping you from being seen, heard, found, and rewarded as a podcaster? I’ll be back again with Tom likely for us to be doing some episodes to help you continue to grow, market, and get your show monetized.

Why Do We Use The Rule Of Three As A Measure Of Podcast Marketing ROI?

The Tech Of Recording: How To Recover Your Lost Podcast Video In Zoom

Why Should You Begin Your Podcast Social Media Promotion On Only One Platform?