REINVENTING PODCASTING with an obsessive focus on you, the podcast host.
We build simple, easy-to-use solutions to help you and your brand look and sound like pros, get rewarded for original content creation, and retain and monetize your valuable
intellectual property and platform authority.
We ensure that you are
SEEN, HEARD, AND FOUND
in a noisy digital world and able to do what you do best — edu-tain an engaged audience.

As an Inc. Innovation Columnist, Expert Product Designer, Tracy has worked with leading brands like Herman Miller, and Martha Stewart Living among others throughout her career. Her rich professional experience has given her the expertise and genuine pulse to know what clients want and how brands can promote with purpose.

Tracy delights in the privilege of being able to talk about things she is passionate about, and deeply appreciates the exchange of viewpoints during interviews with interesting people on the podcasts she co-hosts (Product Launch Hazzards, WTFFF?! 3D Printing, and Feed Your Brand) with her husband and business partner, Tom, and her other shows, The New Trust Economy and The Binge Factor – a publicity podcast for podcasters.

On top of being at the height of her career, she is mom to three girls, and is a voracious reader with a current all-time record of finishing 300 books in one year.

You can read Tracy’s Inc. Column here and read her interviews with top podcasters in Authority Magazine here.

Award-winning strategic product design & development expert, Tom Hazzard, is a forward-thinking entrepreneur with great sales conversion skills. In addition to co-hosting the Forbes-featured fast growth WTFFF?! 3D Printing Podcast and the Feed Your Brand Podcast, he successfully launched over 250 consumer products raking in over $2 Billion at e-commerce and mass-market retailers with his wife and business partner, Tracy.

He believes that the goal of any product, service, marketing or business launch is to make “it” sell itself, that is why he often talks about streamlining business processes to keep marketing expenses at a minimum. Tom loves being in podcasting because he gets to meet people from many varied industries, and because he gets to broaden his perspective from all the widely different areas of interests he encounters at work.

Tom loves to work on his 1972 Volkswagen Karmann Ghia, a car that was handed down to him by his Grandmother.

Christina Paxton loves helping others find and create their voice. Prior to joining the full-service podcast production company, Christina was a stay-at-home mom of three boys for six years. She went to school at the Art Institute and majored in Photography and Graphic Design.

Currently living in Arizona with her three boys, Christina absolutely loves spending time at the lake. When she’s not busy reaching out to clients, you can find her paddle boarding and kayaking or enjoying her mac and cheese. She claims she has no hidden or crazy talent, but she has a heart of gold and runs a softball league with her best friend for military spouses and active duty women at the Luke Air Force Base.

Christina hosts her own podcast You Get What You Give. She has deep insights on raising kids – especially three young boys! – and being a single parent in today’s world.

Melissa Byrd believes that a stranger is a friend you haven’t met yet and a problem is an opportunity for improvement. Having lived in almost every city or town in New England, Melissa was exposed to a lot of interests and pursuits.

She is a Reiki Master Teacher, professional singer/songwriter, sound healer, and tarot enthusiast. A consummate student, Melissa is always interested in learning new disciplines and applying them to all aspects of her work and life. She enjoys cooking, reading, learning languages, and chocolate! The grammar police in her house, incorrect English has no business existing in her home. She is also very much in touch with her spirituality and tries to practice gratitude daily.

Before joining the company, Melissa worked as a client services specialist for 20+ years. She currently lives in Rhode Island with her son whom she adores.

As the only child of an educator father and a mother who is a force of nature (from air traffic controller to office manager to general contractor, there’s nothing she can’t do!), Sixten Abbot grew up on Martha’s Vineyard back when The Black Dog Restaurant & Bakery sold more food than merchandise and when the ferries didn’t break down every other trip. Before joining Podetize, Sixten spent over two decades in advertising and graphic design, which led to an additional decade of teaching part-time, in which he’s still engaged.

He and his wife are the proud parents of a pair of female mutts of indeterminate age and uncertain relationship to each other. They’re experts at taking over the couch and bed. Fortunately, they’re also very cute and loving. In his teens, Sixten was trained (very informally) as a clown. He can still juggle to this day, except for chainsaws! He also has a red belt in Taekwondo, also known as “not-quite-dedicated-enough for a black belt.” He’s recently joined Tom Hazzard, the Chief Technology Officer at Podetize, at kickboxing, and planning on keeping up with that (including finishing painting their house, which he started 20 years ago.) Sixten absolutely loves making (and eating) Cornish Pasties, and couldn’t live without Indian food. Spice is life… and life needs spice!

As a social media advisor, Whitney has supported small business owners and creatives since 2010. Her personal experience as an online content creator and podcaster developed her expertise. A Podetize client herself with This Might Get Uncomfortable, she knows first hand what it takes to launch successfully and draw in listeners from social media.

Passionate about combining forward-thinking strategy with authenticity, Whitney guides clients on promoting themselves from the heart. Research is one of her top skills; her days end with reading a non-fiction book until she falls asleep.

Eric Christopher, famously known as ERock, is an innovative investor and respected business advisor. As the founder and CEO of BizFamousTM Media Group, he’s advised a wide range of enterprises, including local business owners, national franchise chains, and world-renowned brands, including Shark Tank companies and a Shark Tank investor.

The Podcast Production Manager at Podetize, Marge GB Marata is a go-getter, loves challenges, and has been nothing but exceptional in her line of work. She started with the company as a Graphics Designer, climbed up to becoming the Team Manager for the Graphics and Video Team, and got promoted to her current position in early 2021.

Marge graduated from a prestigious state university in the Philippines and started her career in a pharmaceutical company. To widen her strand, she then continued her career in an activated carbon company, further sharpening and strengthening her leadership, management, and camaraderie skills.

Being very flexible, Marge lives an excellent work-life balance. She juggles her love of work with her passion for traveling (pre-COVID!). When not working or exploring some nook somewhere in the world, you can find her buried in her Kindle, singing, playing the guitar, or snacking on a potato.

Marge shines not just in her job or personal life but also in charity work as a member of the Order of the Eastern Star, one of the largest fraternal organizations for men and women in the world.

The Human Resource Manager at Podetize, Genie Dumar’s soft and gentle exterior is backed with years of experience in the HR space.

After graduating with a BS degree in Psychology from Saint Louis University, Baguio, Genie worked as a Human Resource Assistant in a retail company in Manila. She, later on, went back to Baguio to work as a Human Resource Officer in a telecommunication company.

In 2019, she joined the podcast production company, where she was able to broaden her knowledge about podcasting.

As the HR Supervisor, Genie handles different facets but enjoys the recruitment and selection process the best where she gets to interact with people from all walks of life.

In her years of practicing Human Resource Management, she’s learned that the people with positive attitudes and skills are the ones who are more successful.

At Podetize, we pride ourselves on the power of our large worldwide team. They are trained specifically in what makes the best listener and host experience. Their job as the post-production engine of our clients is to make them look and sound their best. Our team members are continually growing as we grow, researching and testing the model of what works and what doesn’t, and training to become deep experts in their area of expertise, podcasting, and the industry. 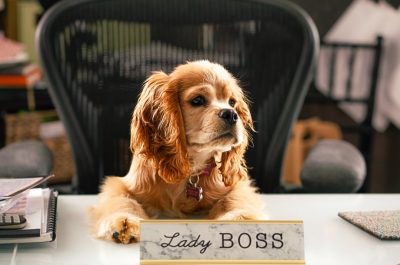